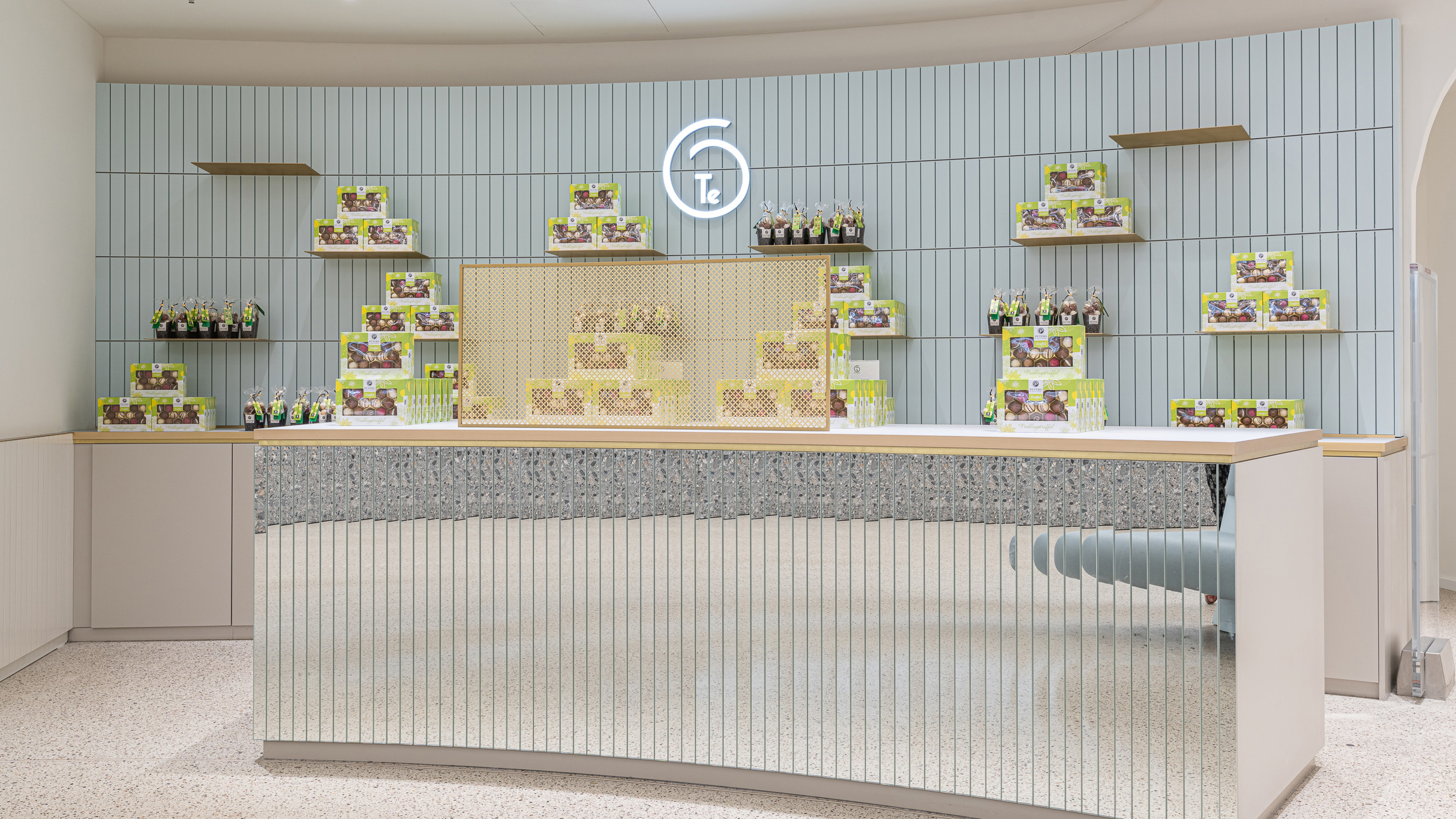 Berlin and its irresistible “Sixth Floor”! Like the whole of KaDeWe, the restaurant area and food hall at the iconic department store are currently having an extensive refit. Vizona implemented one part based on plans drafted by Universal Design Studio in London. Among other motifs, these offer an inspiring and contemporary take on ‘Charlie and the Chocolate Factory’ for the confectionary section. Willy Wonka’s traces are especially clear in the colourful gondolas used to float confectionary of all kinds through the room. With its generously curved candy counter and 30s-style chutes, the architecture is enough to tickle any sweet tooth. It also fires the imagination, as do the intricately formed tea counters with enamel effect, which were realised with individually produced front elements. Careful value engineering, innovative material use and optimal costing — with these qualities, Vizona reproduced the ambitious design scheme in a way that is true to the original.